If I knew you I think of you often 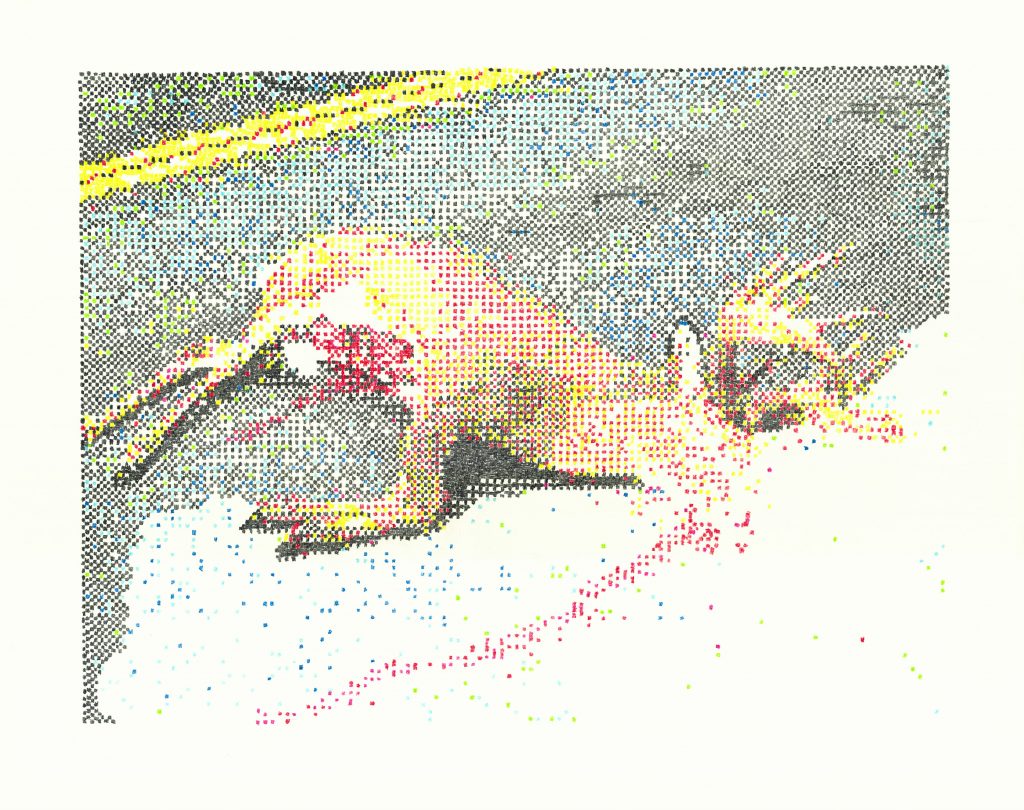 Road kill has become a normalized facet existing at the bleeding frontier of urbanized and rural environments. As cities grow and spread, the decrease in undisturbed green spaces alongside the rampant use of synthetic herbicides and pesticides have contributed significantly to the displacement of animals  from their natural environments.

Reference photo was constructed as digital composite of several roadkill photographs found online. Composite photo was intended to mimic a dead deer I had come across on an Atlanta backroad which stuck in my head. Composite image was dithered according to Bayer’s algorithm to produce a final grid of cells which consisted of only 7 colors, mimicking the compression algorithm used by early consumer digital camera hardware such as the Gameboy camera. 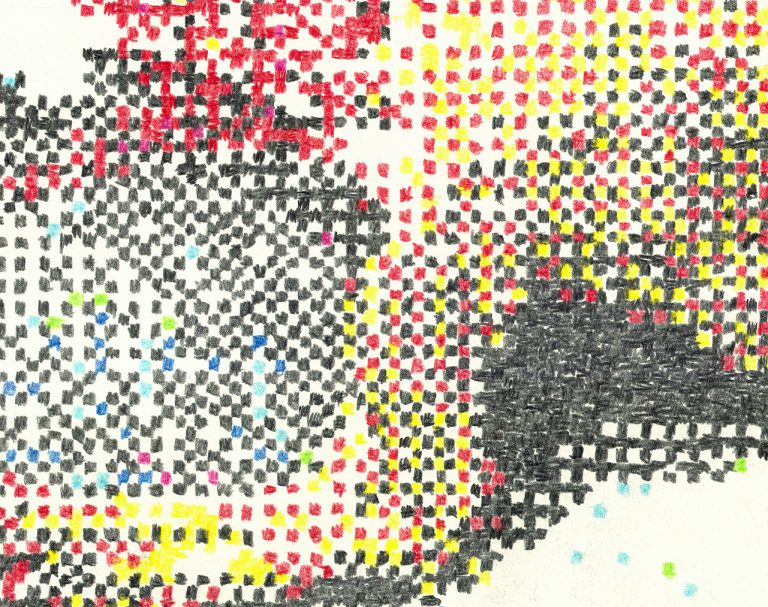 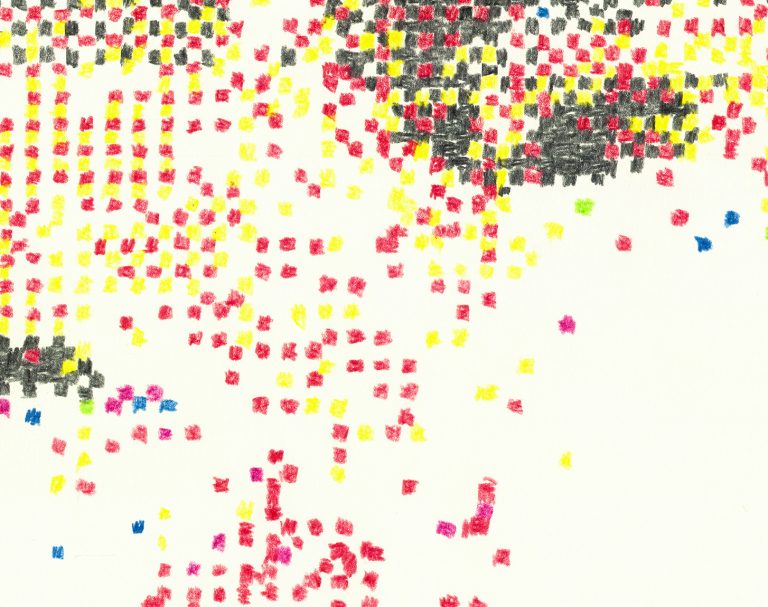 documentation from crit club may 2022, where i presented this drawing as a component of my research work orbiting dow chemical company 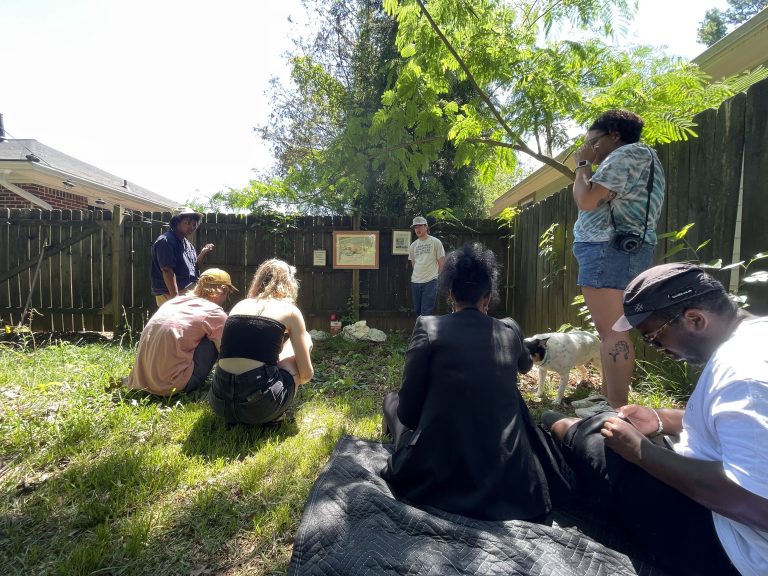 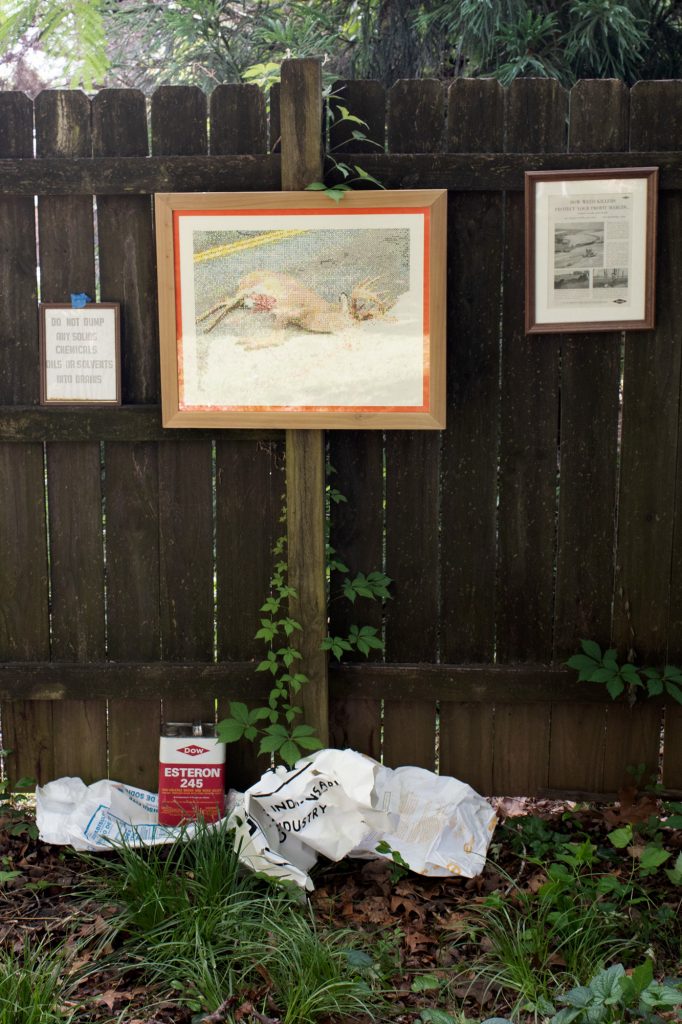 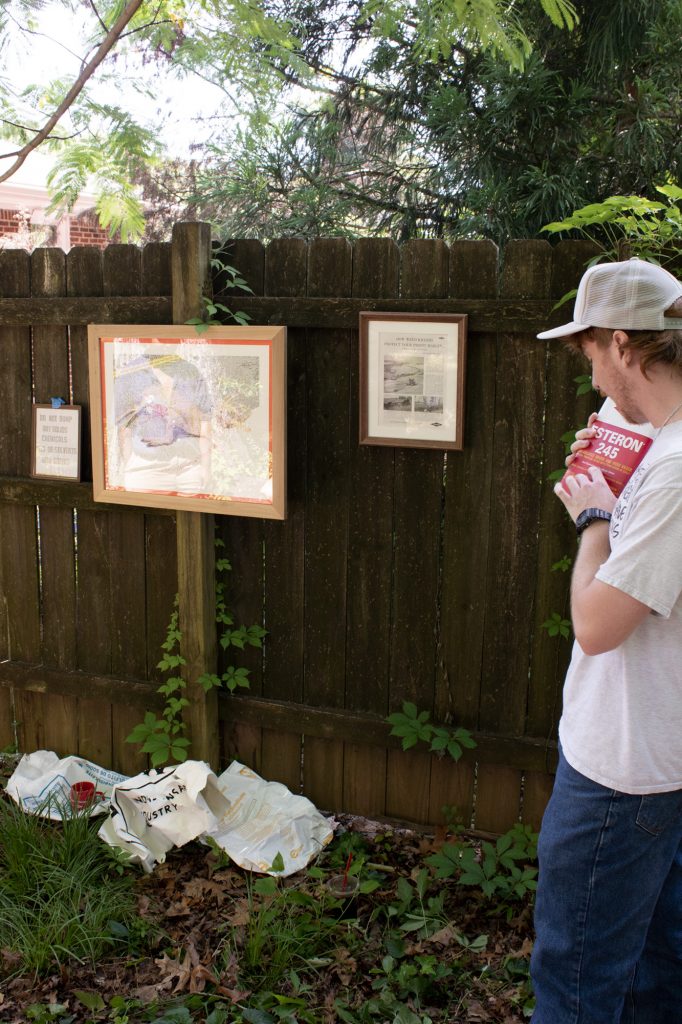