But we've only just met

Video documentation of “But we’ve only just met,” a time-based sculptural installation by Kate Burke and Harrison Wayne.

In installation, industrial grade peroxide is set to drip at a painstakingly slow rate from a suspended separatory funnel into a flask of decapitated, brilliantly colored roses. The concentrate peroxide was chosen after rigorous testing revealed that it gently bleaches the natural dyes in the roses’ petals without affecting the structural integrity of the flower. As the installation progresses, a volume of peroxide gradually builds in the flask. Over the course of several hours, the peroxide oxidizes the roses, and the colors begin to fade. 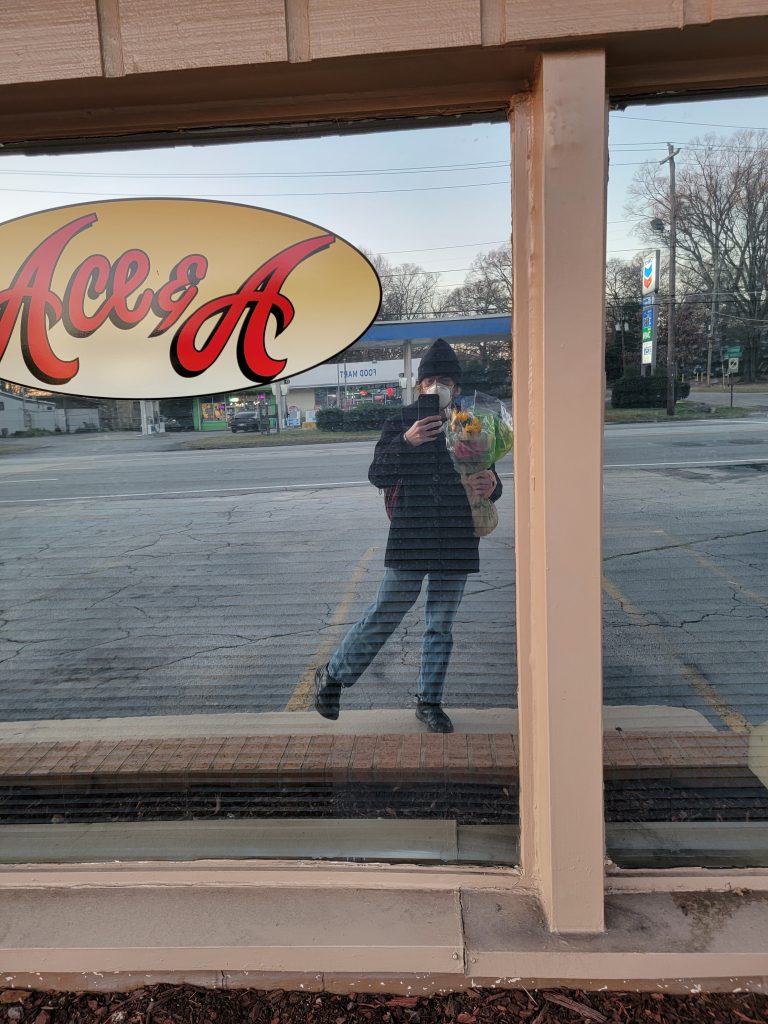 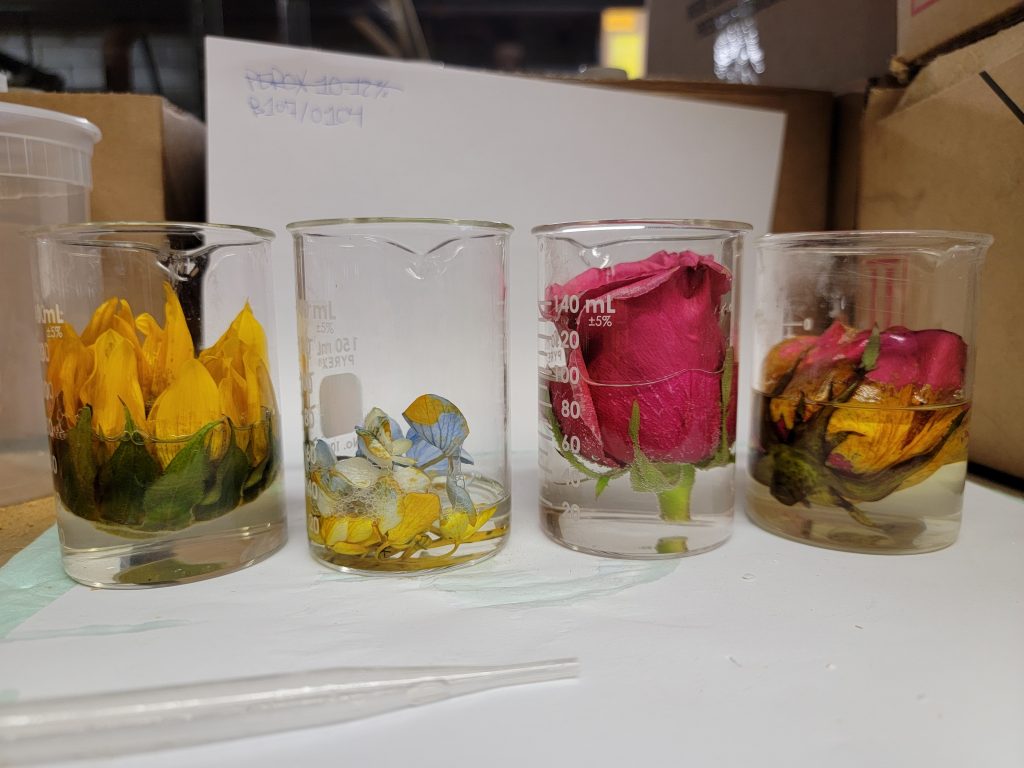 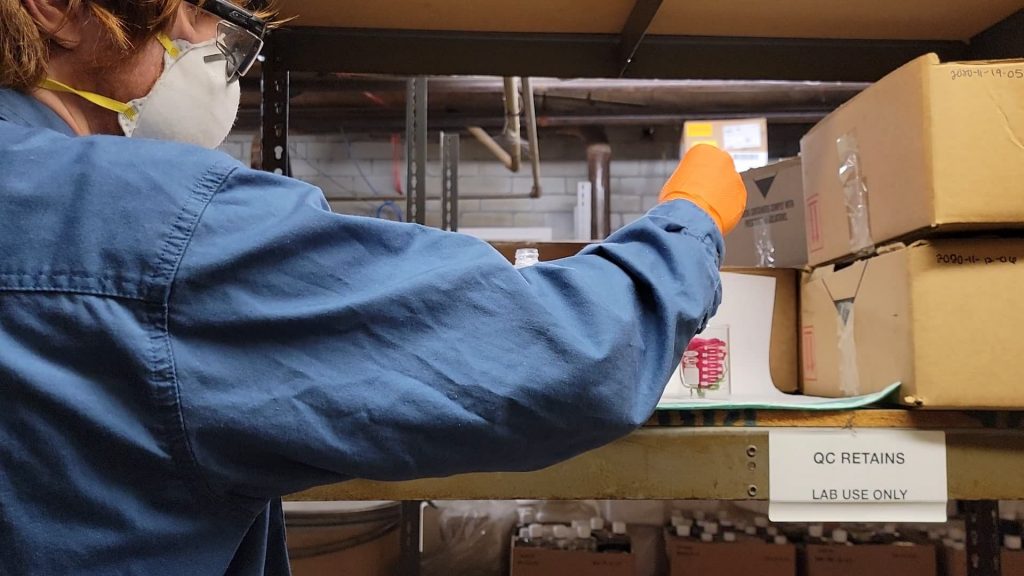 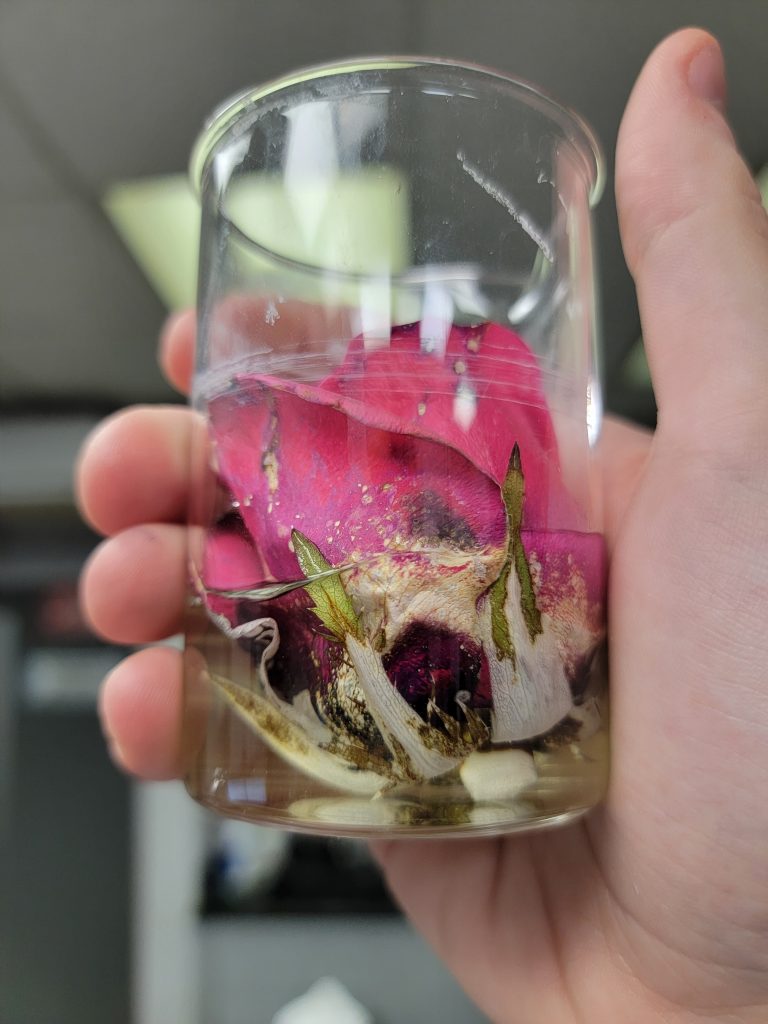 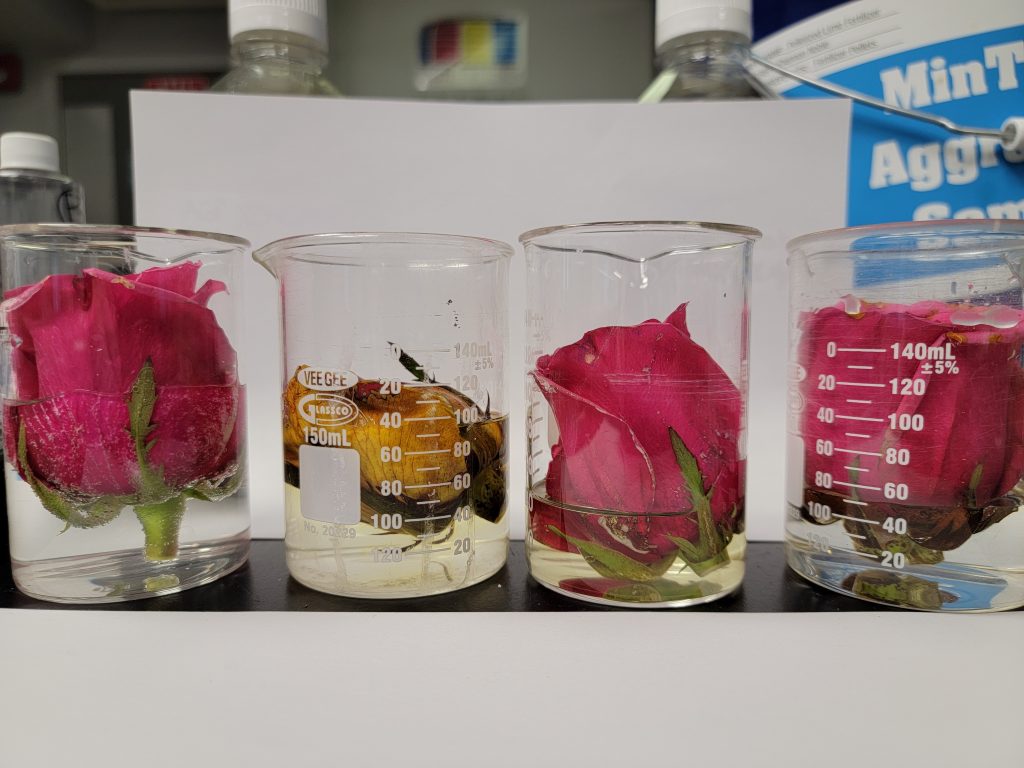 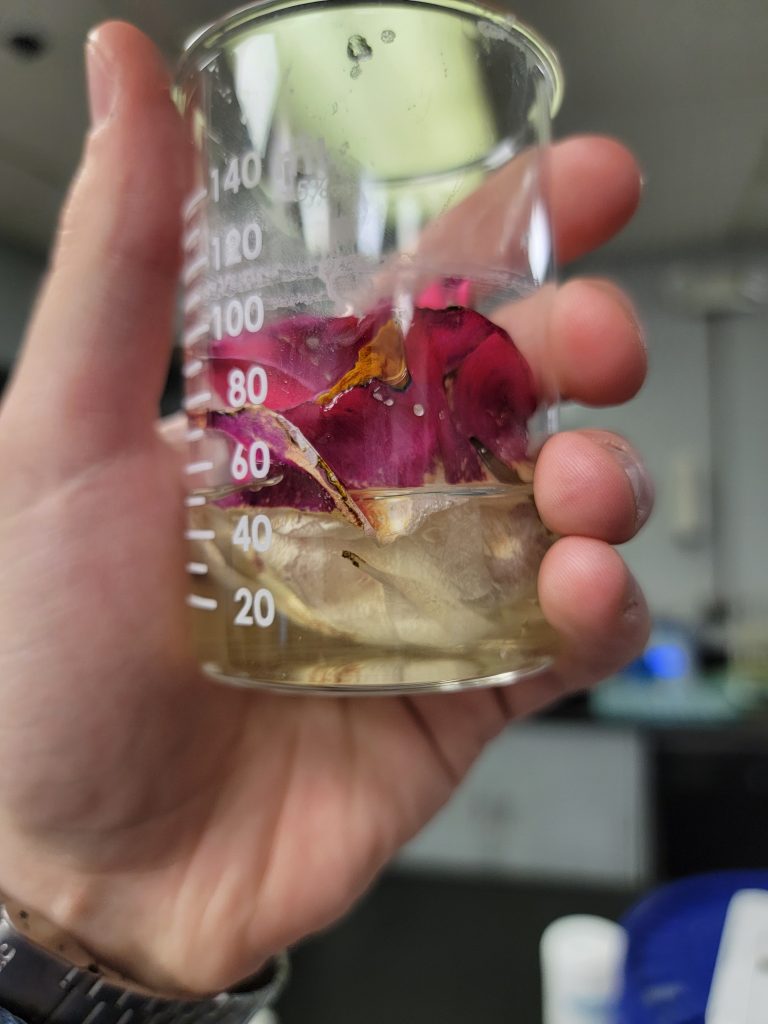 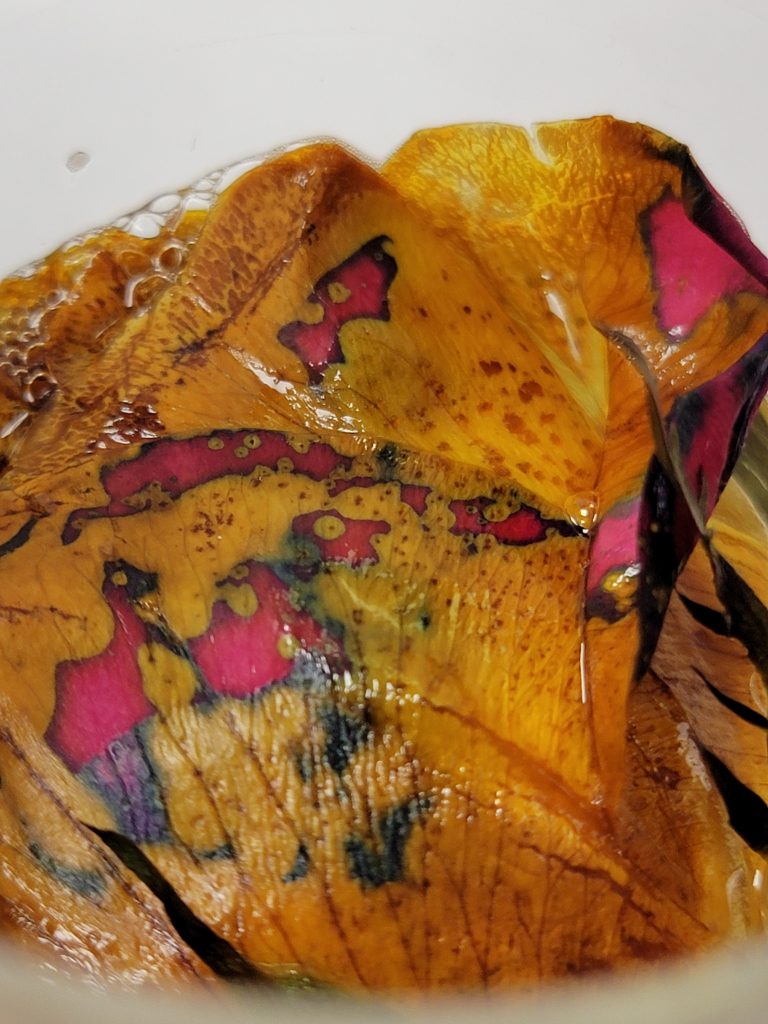 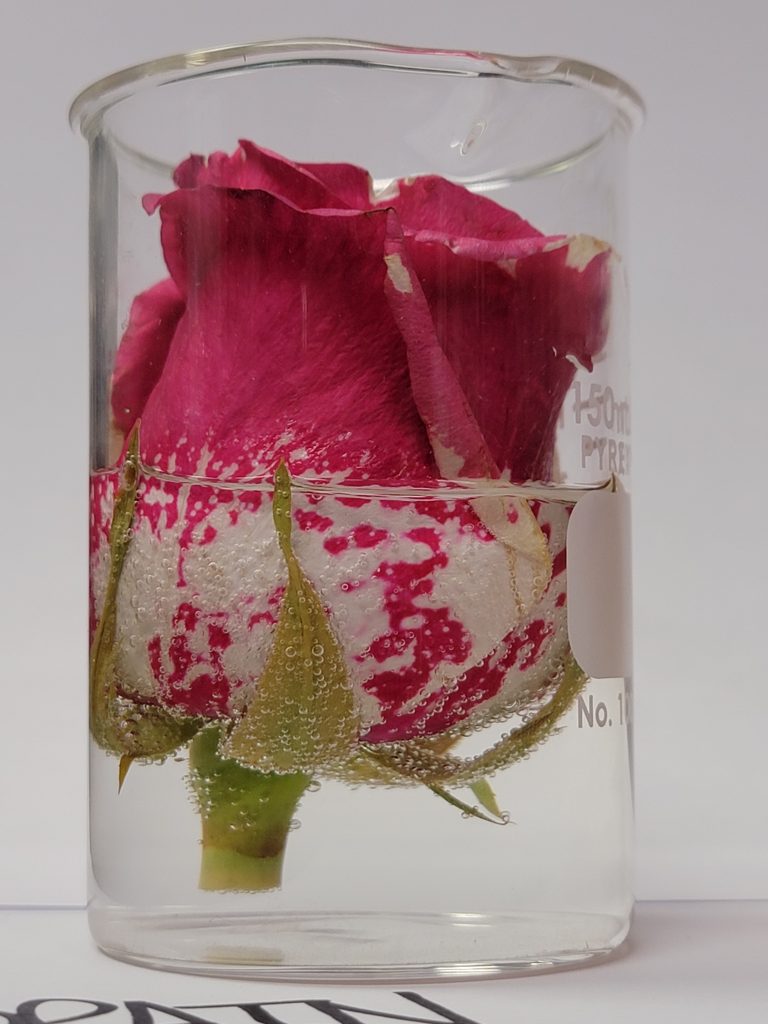