In this performance, I introduce one of my favorite poems – Edward Hirsch’s Gabriel – to concentrate hydrogen peroxide solution. In Gabriel, Hirsch dredges up historical references and mingles them amongst his own memories as he grapples with his son’s nuanced humanity and tries to establish a literary tradition across time of parents who have lost their children. It is a long, heart-wrenching elegy which offers its reader an extended hand to remind us that none of us are alone in losing. We never have been. To quote Hirsch, “The elegy does the work of mourning. It turns loss into remembrance (…) and drives wordless anguish, wordless torment towards the consolation of verbal articulation and verbal ceremony.” I discovered this poem shortly after losing my mother last year, and since that time I’ve spent many hours with it. 𝙎𝙥𝙚𝙚𝙙 𝙍𝙚𝙖𝙙𝙚𝙧 affords the viewer a top-down view of the book opened to Pages 70 and 71 as they evolve under force of the methodical, unrelenting drip of peroxide.

Following the hydrogen peroxide saturation, the poem is subjected to a similarly slow drip of concentrate sodium hypochlorite. The staccato reaction between the chemistries as the hypo slowly falls evokes images of corrosive tears falling on the pages.

The second in a series of performance works as part of Stay Cognizant for Dogshit. Originally broadcast on the 5th and 6th of August, 2022, this performance ran unattended in my studio for most of its 13-hour duration. 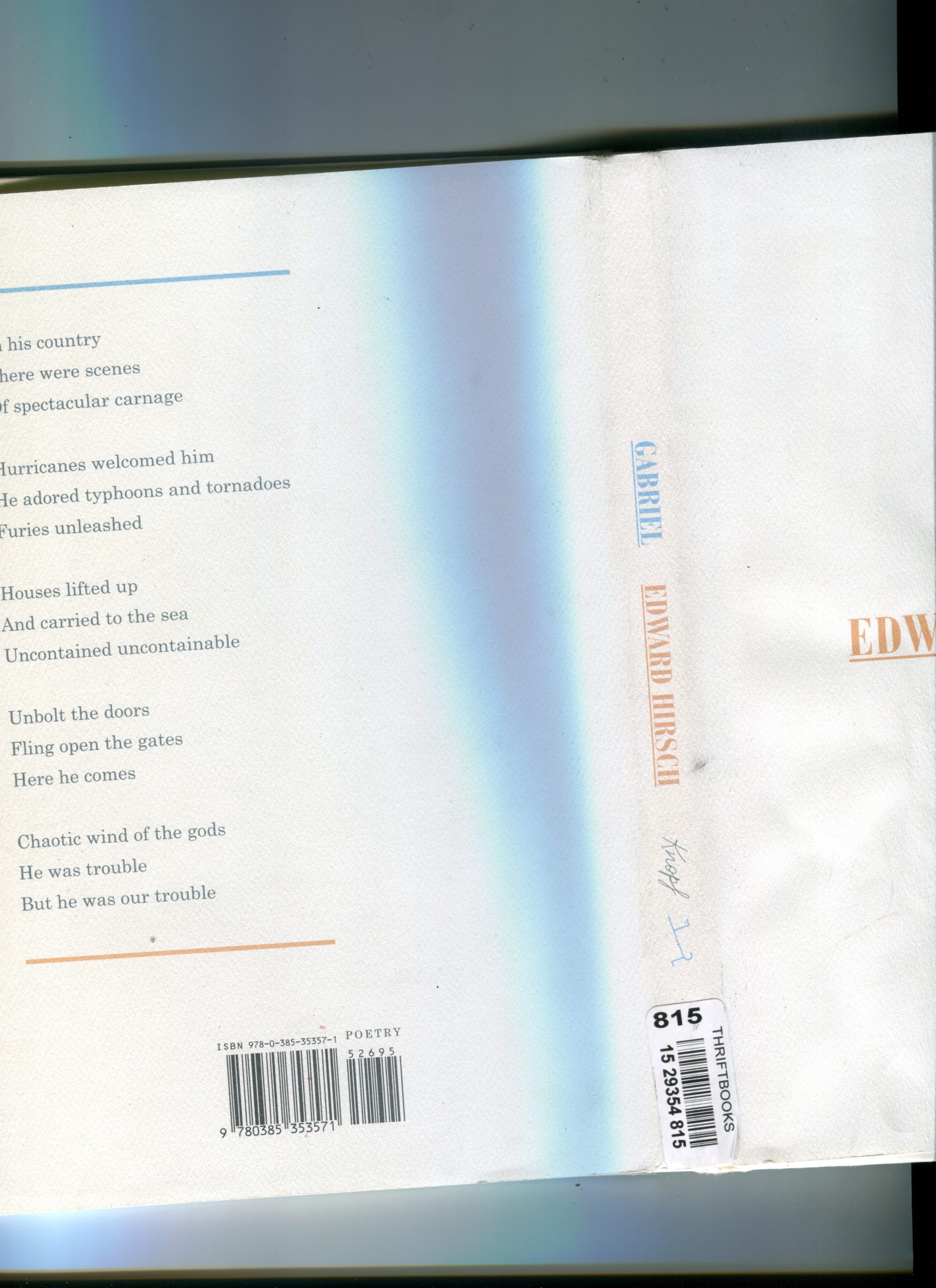 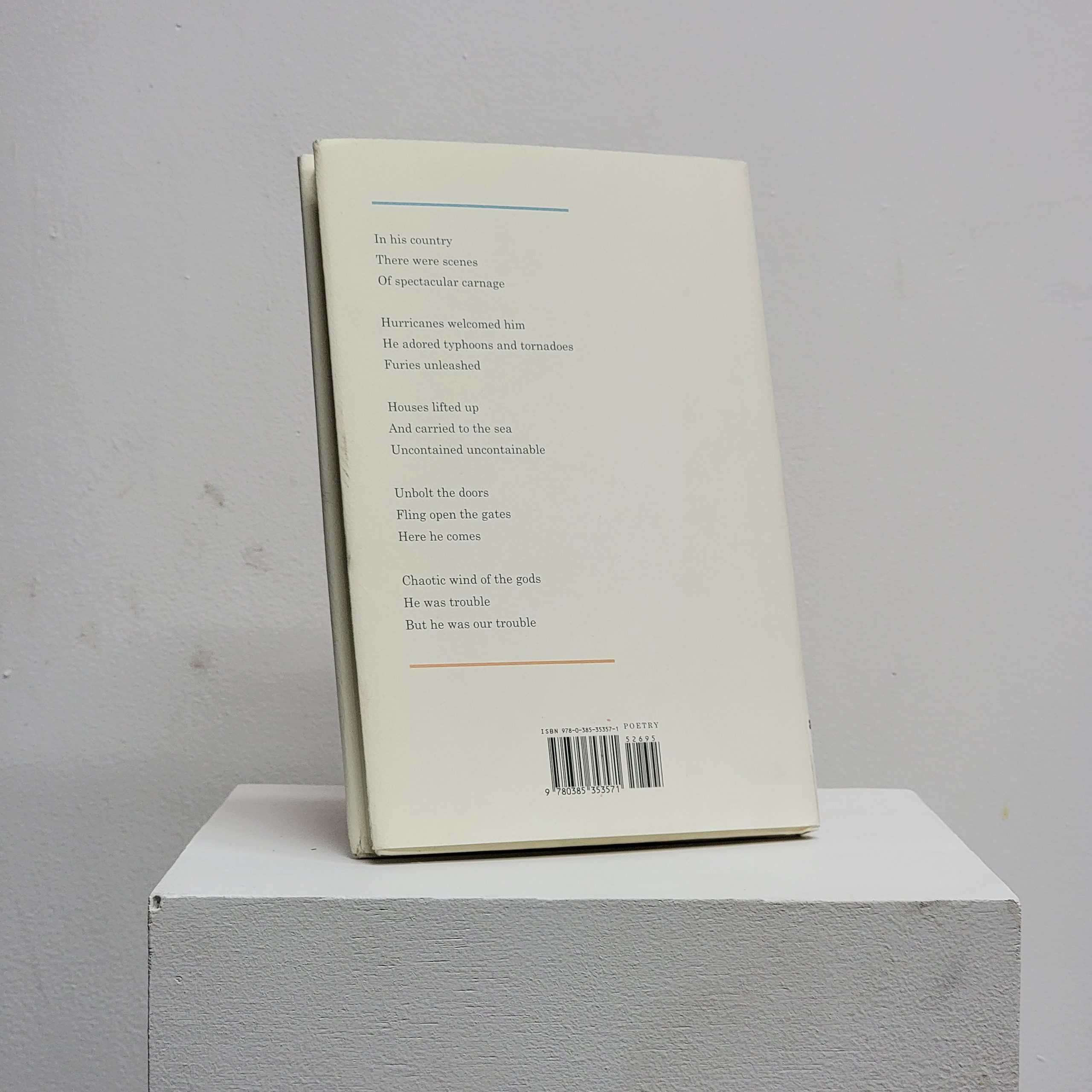 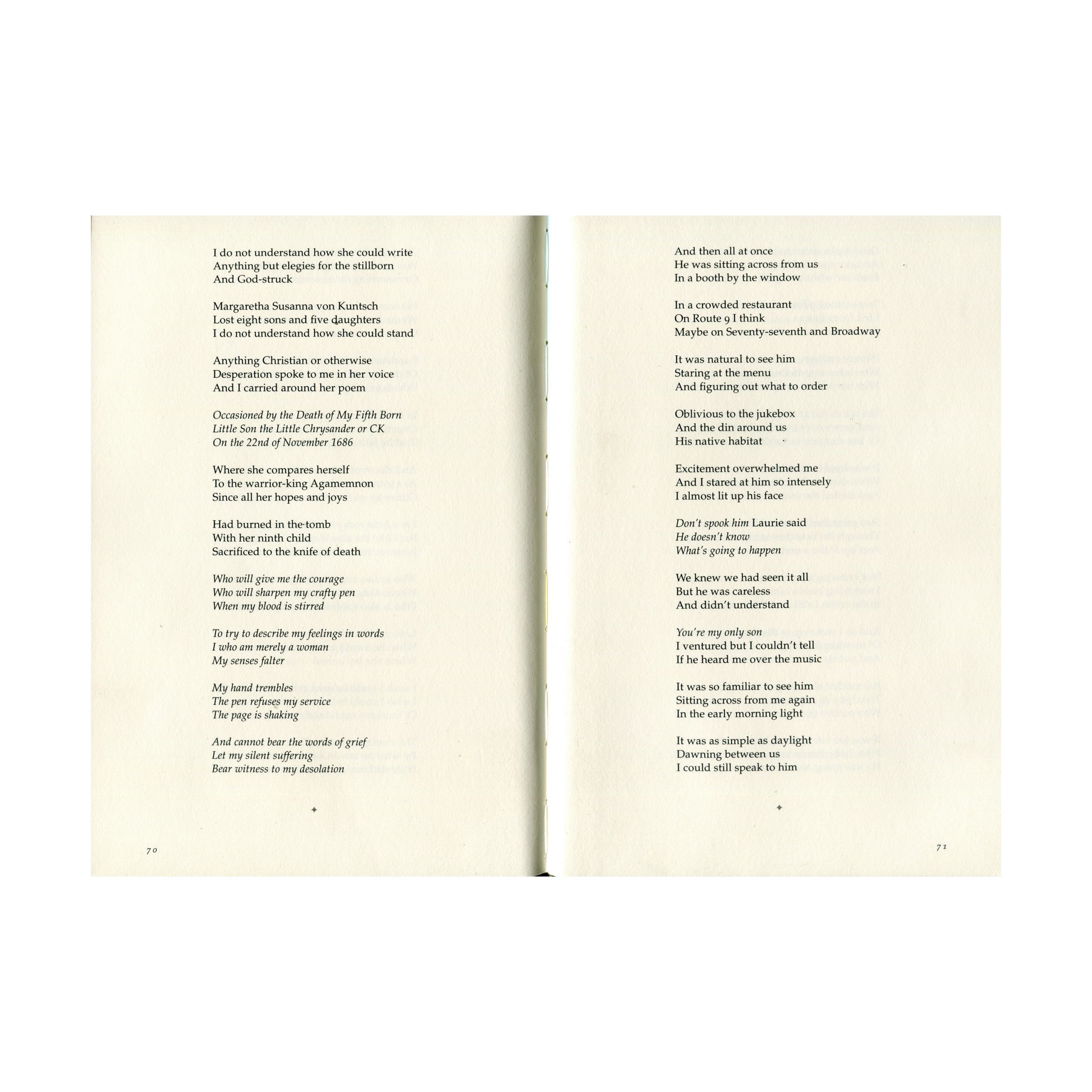 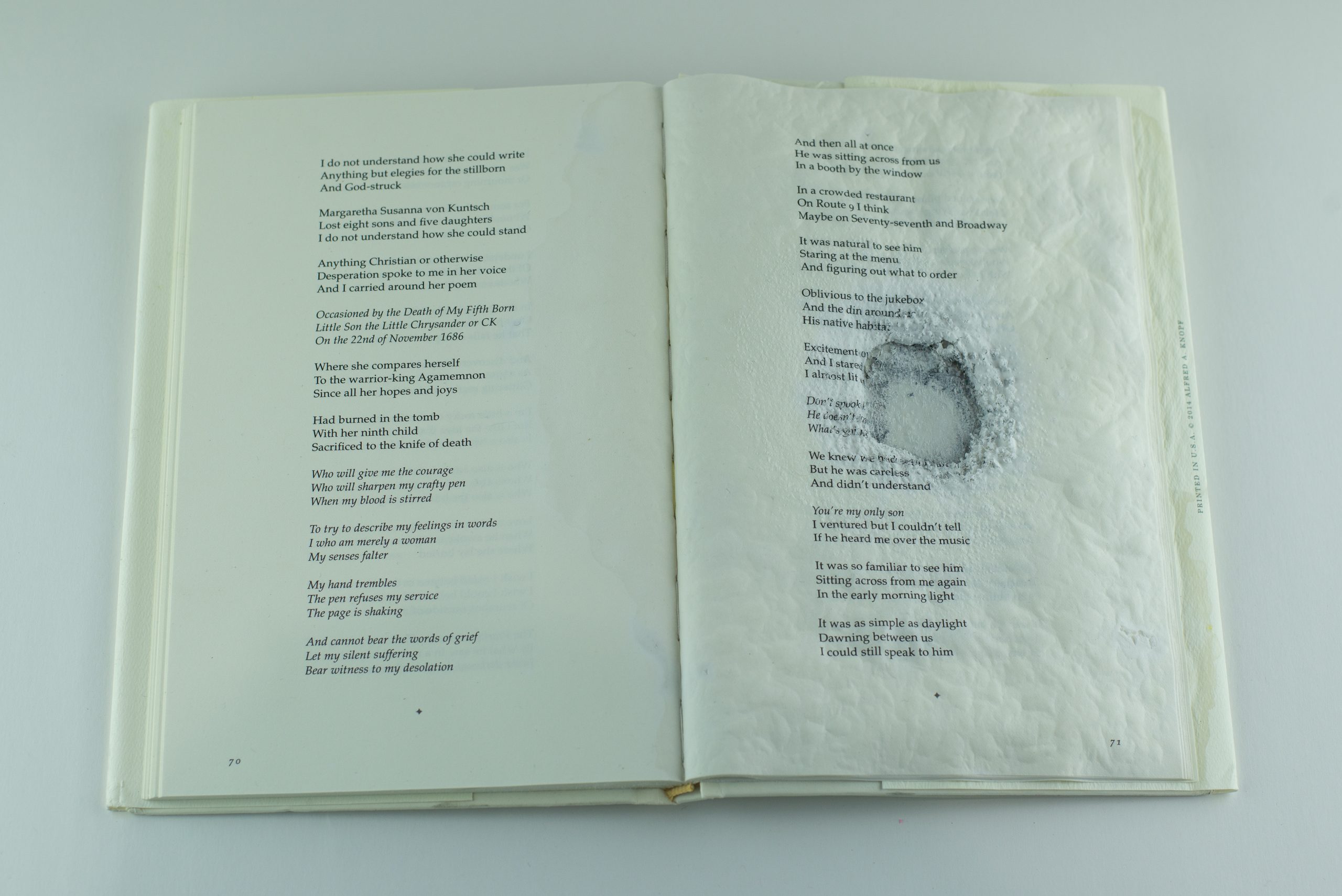 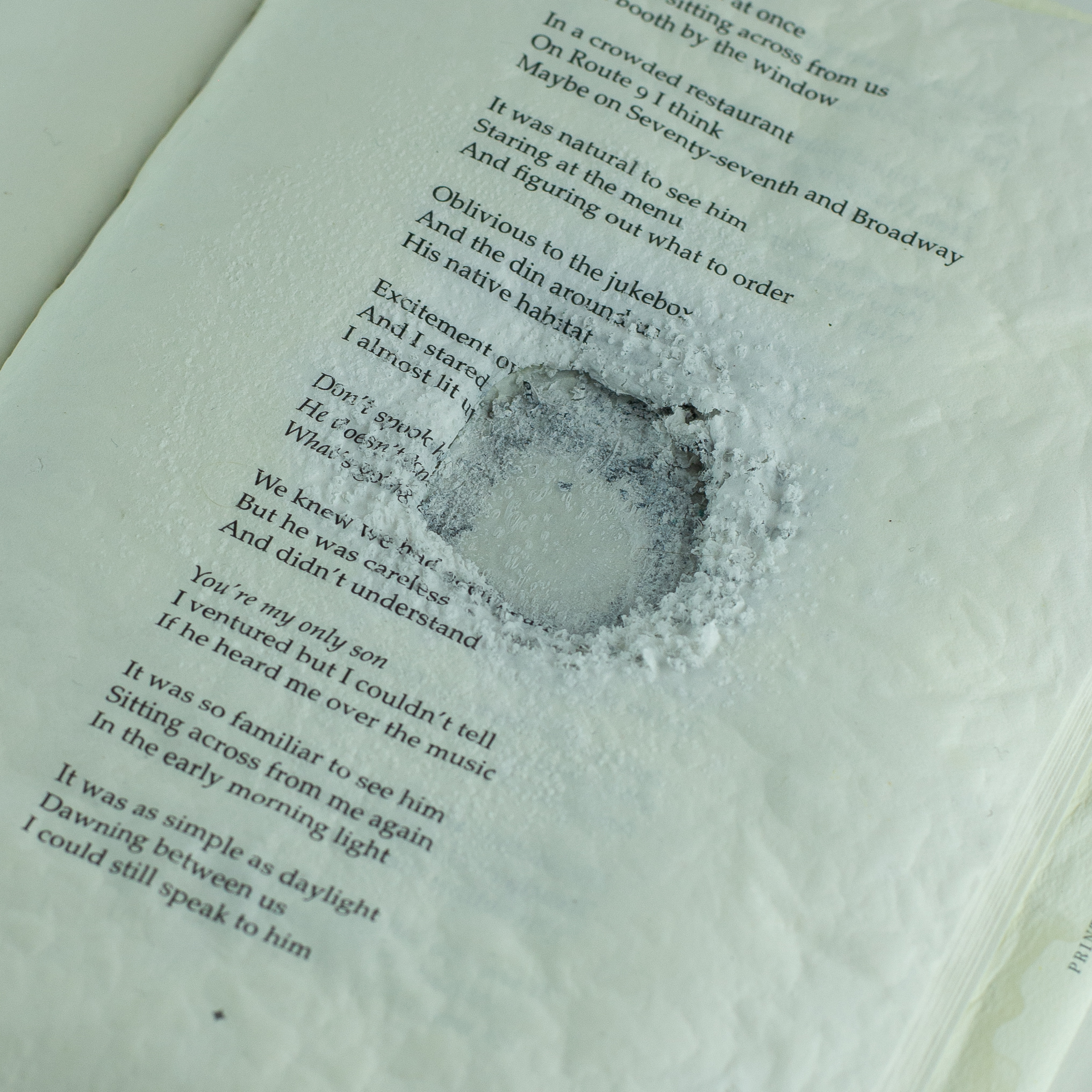 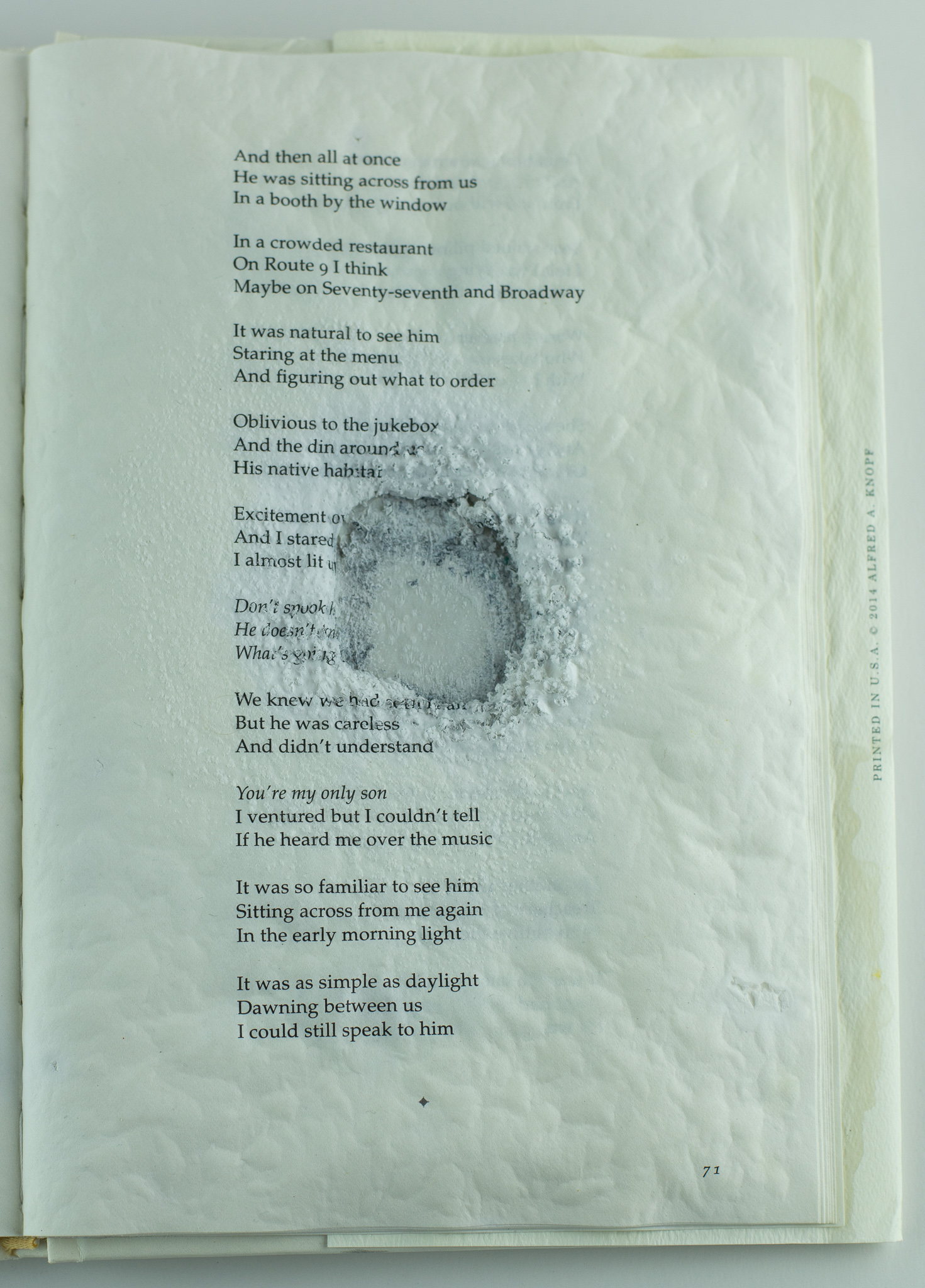 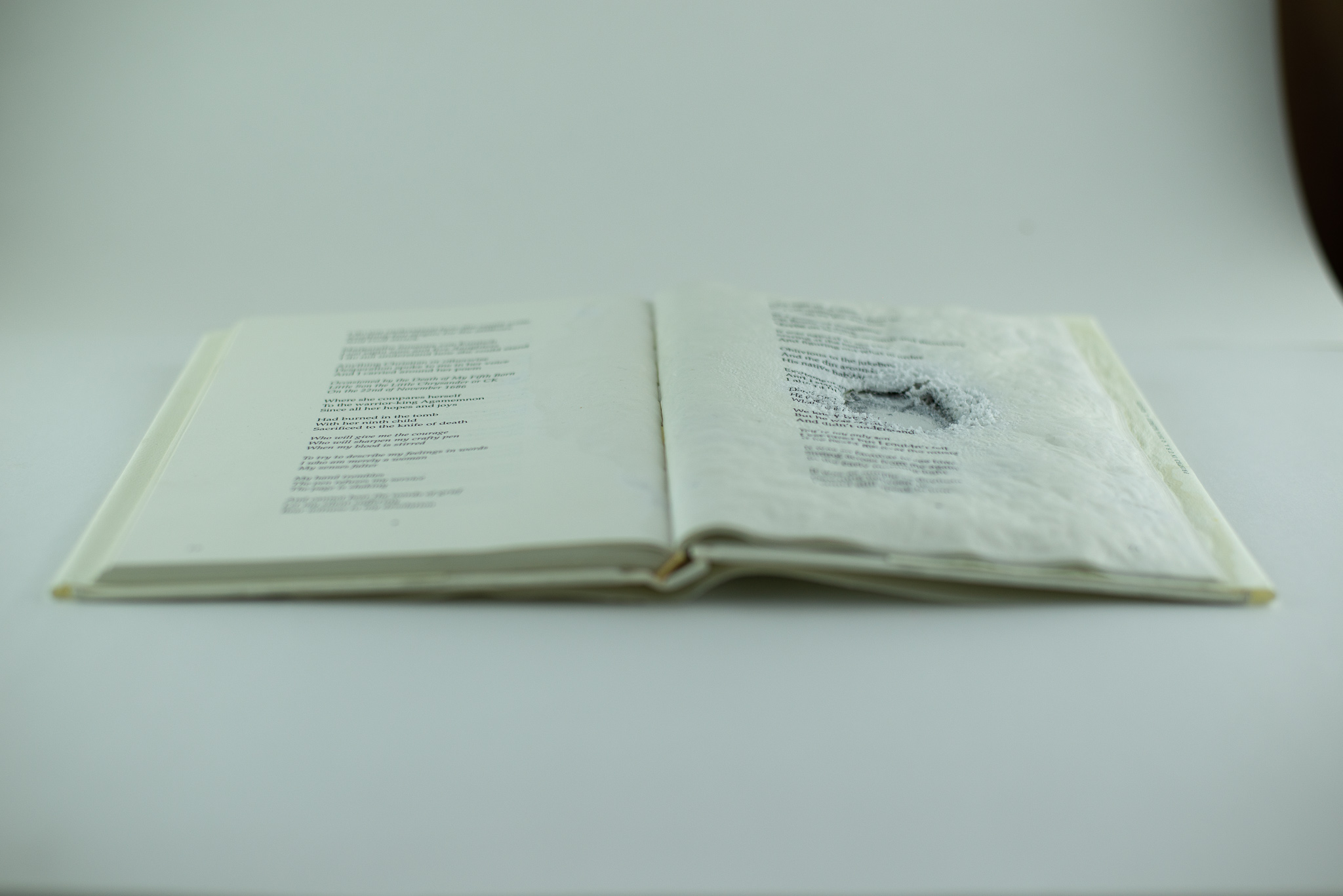 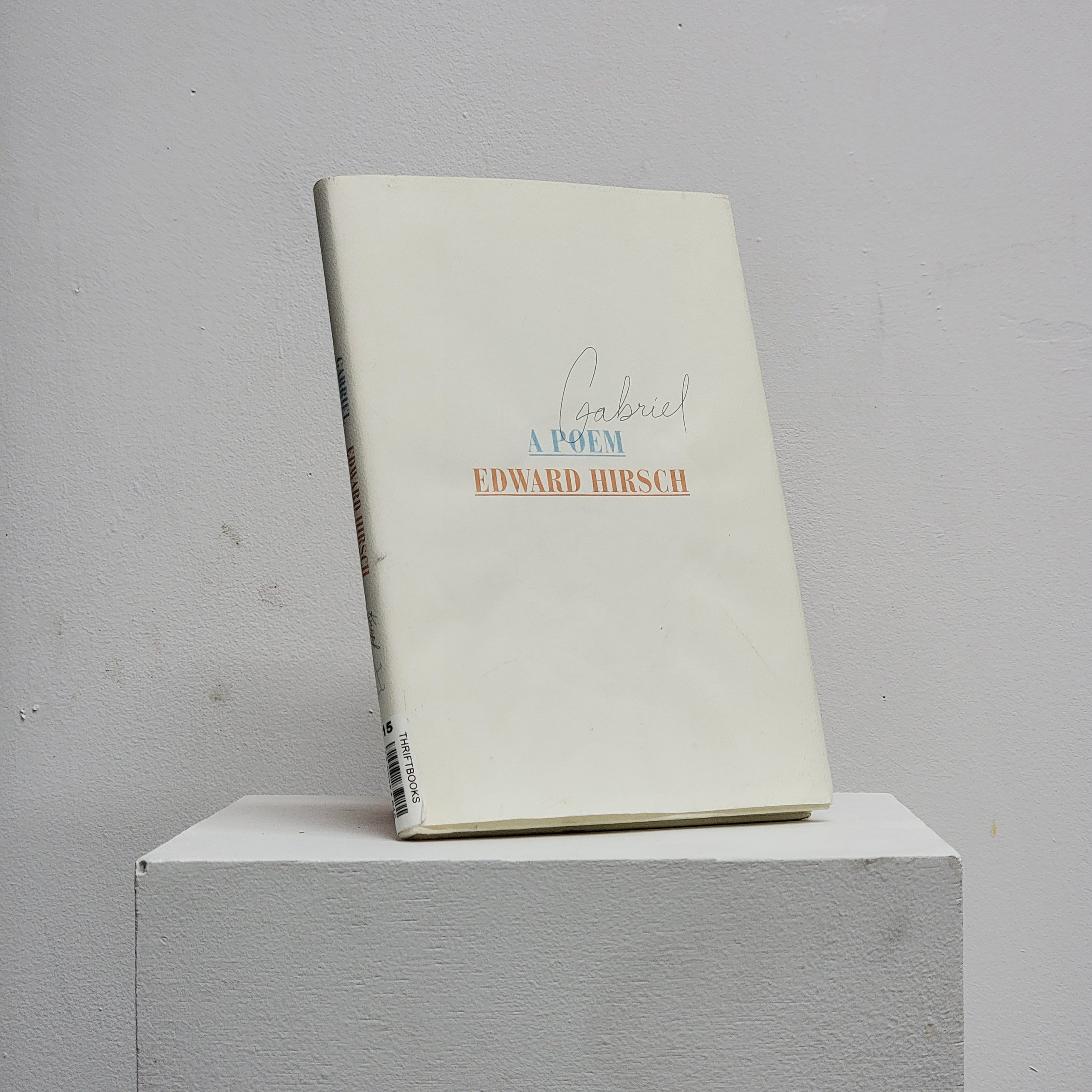